House of Lords debate on Ethical and Sustainable Fashion

Asked By Baroness Young of Hornsey 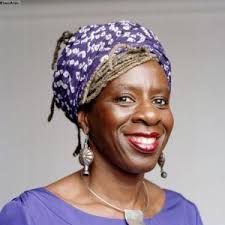 To ask Her Majesty’s Government what plans they have to support and promote the ethical and sustainable fashion and clothing industry.

Baroness Young of Hornsey: My Lords, I am delighted to open this debate this afternoon, especially with such a wide-ranging group of illustrious speakers. The timing could hardly have been better, following the earlier debate on the challenges that women face-challenges which include exploitative labour in the clothing supply chain. It also comes hot on the heels of London Fashion Week, where the British Fashion Council promoted Aesthetica, the ethical fashion showcase and forum. Also, importantly, it takes place during Fairtrade Fortnight.

I have several interests to declare. I am an ambassador for the Ethical Fashion Forum and for Made-By, which works with major fashion brands wishing to develop their ethical and sustainable standards. I have received briefings by the Fairtrade Foundation-which sent me this scarf to wear this afternoon-the Centre for Sustainable Fashion, Made-By, RITE, PETA, Anti-Slavery International and various individuals. I am setting up an APPG on Ethics and Sustainability in Fashion, and hosting an event on the subject on 16 March. The CSF and Made-By have generously agreed to provide creative and secretariat input to the group.

There are too many individuals to thank for their help on this subject, but I want to give particular recognition to Jocelyn Whipple, Lucy Siegle, Livia Firth and Orsola de Castro for their generous support and encouragement. I was pretty ignorant at the beginning of this journey in the early days, and they have educated me enormously. I would also like to thank Defra officials and the Library for a very comprehensive and hugely helpful briefing pack.

Fashion and clothing are sometimes seen as frivolous, or only of minority interest. This was brought home to me when I started asking noble Lords to join the APPG. As I frequently pointed out, however, many of your Lordships could be considered the ultimate ethical fashionistas-wearing beautifully cut, high-quality tailored suits, timeless in style and lasting several years. This is the antithesis of fast, disposable fashion, which makes it more likely to be sustainable and less likely to contribute to the 30 per cent of textile-based landfill. Perhaps more seriously, many noble Lords have interest in human rights, forced labour practices, environmental issues, international development, organic farming, corporate responsibility, animal welfare-et cetera, et cetera-and can make substantial, well-informed contributions on this subject as it touches on all these areas.

Creating and making, selling and buying fashion and clothing clearly are not marginal activities. The BFC estimated that in 2009 the UK fashion industry directly contributed £20.9 billion to the UK economy. There are some 815,000 jobs directly arising from it.

Fashion carries social and cultural meaning, and thus how we feel about clothes is subjective and prone to change. This has always been the case, but we seem to have reached a moment where the renewal of the self-the demonstration of our sense of belonging-is achieved through overconsumption of clothing, the costs of which include damaging agricultural practices; resource-intensive fibre, fabric and garment manufacturing; and the exploitation of garment workers and passive consumers who follow trends prescribed by the industry, and who are ill informed about, and distanced from, the creative and labour practices attached to their clothes.

Government can make very useful interventions. The sustainable clothing action plan, a Defra initiative from the previous Government, was a key development bringing together well known high-street brands to improve the sustainability performance of clothing across the supply chain. I am glad to hear that that is to continue. DfID’s responsible and accountable garments sector-RAGS-challenge fund works with the private sector and civil society to adopt ethical approaches to production in developing economies.

In what I believe is the first debate focused on the subject of ethical and sustainable fashion and clothing, I want to ask the Government several questions. The first, a question which arose from several of the discussions that I have had with various organisations, is on tax breaks for green fashion businesses. It is quite costly to convert goods to organic, Fairtrade or recycled products. A tax holiday or some form of rebate would encourage more new and innovative companies to enter these sectors. Sir Harold Tillman, chair of the British Fashion Council and owner of Jaeger and Aquascutum, has said that incentivising eco-friendly design would make sense for businesses and consumers across the fashion sector. He asks why, if UK citizens can get tax breaks on energy-efficient cars and other sustainable products, they cannot wear their values with pride and get tax breaks on ethical fashion. I ask the same question.

There is another point: the power of government procurement processes. The Government are among the largest non-retail purchasers of clothes and textiles in the country and spend £691 million on wearing apparel alone. With other textile-related expenditure, the Government spend a total of £1.186 billion a year on these items. However, ethical specifications for clothes are not a core requirement in public procurement. Current standards only suggest that government procurers can award extra points in the bidding process for ethical production principles. This does not incentivise bidders to meet higher ethical standards to win government contracts. Sir Philip Green’s review of government procurement in October 2010 neglected the potential that greater centralised purchasing could have on driving up ethical standards. Do the Government have a strategy for using their potential to lead by example and to embed ethical and sustainable principles in their procurement processes?

All political parties are committed to setting up the supermarkets adjudicator to investigate where supermarkets are using their purchasing power to treat suppliers unfairly. There are clearly many similarities between the food and fashion retail sectors, and many of the practices that lead to unfair treatment will be common to both. As they have for the food retail sector, will the Government commit at least to investigate the extent of these practices, and their impact on ethical clothing production, to establish whether the remit of the supermarkets adjudicator should be extended to cover fashion retailers as well?

Cotton is a recurring motif throughout this subject. Cotton growing is acknowledged as an opportunity for income generation, particularly for farmers from developing counties. But there are two key issues that need to be addressed. The first is that DfID should recognise the developmental and environmental benefits of organic cotton production and fund projects to develop this sector. Secondly, and very importantly, unfair subsidies from the EU and the USA create problems for producers in developing countries. Rich countries, including the US and those in the EU, have subsidised their cotton farmers by $47 billion in the past 10 years. West African cotton farmers, who are among the poorest in the world, are forced to try to compete on a global market against this subsidised cotton. The Fairtrade Foundation is campaigning and its supporters are lobbying the UK Government and the EU to drop their subsidies and to isolate the US on this unfair practice. Defra has already indicated its opposition to trade-distorting cotton subsidies. How does the department intend to demonstrate that it is seeking to influence directly the EU Commission’s proposals on the future of cotton subsidies, or has it begun to build the necessary coalition among member states and MEPs to end this subsidy?

On the other hand, we have the absolutely deplorable situation in Uzbekistan where the Government force children from the age of 11 to harvest cotton from September to November every year. In January 2011, the Council of the European Union announced that it had agreed changes to the EU-Uzbekistan Partnership and Cooperation Agreement protocol with Uzbekistan to extend the provisions of this PCA to the trade in textiles. These have yet to be approved by the European Parliament. This is an opportunity to call on the Parliament at the very least to ensure that the provisions of this agreement are conditional on Uzbekistan ending this practice. I note that the honourable Member for St Austell and Newquay has tabled an Early Day Motion on this subject.

The recently formed Sustainable Apparel Coalition will work to lead the clothing industry towards developing improved sustainable strategies. I hope that such initiatives will also help consumers to make informed choices on what they buy. There are no easy ways to address the issue of product traceability due to its complexity, but I would ask the Government what plans they have to help the consumer who wishes to make ethical choices by working with the industry to improve traceability throughout the supply chain.

Through diligent campaigning, PETA-People for the Ethical Treatment of Animals-has helped to ensure that items of regimental apparel have been replaced by synthetic material. There remains the issue of the Queen’s Guards caps. I understand that they are still made from the pelt of Canadian bears which are treated cruelly in order to produce this material. Following a meeting last year, there has been some progress, and there is now an agreement to develop more refined samples to test with the regiments that wear the ceremonial caps. That process seems slow and an update would be helpful.

Finally, for those of us who have occasion to wear ceremonial robes, I understand that the fur trimmings have been switched from ermine to rabbit. But that is still fur. I know that although many Members of your Lordships’ House-like the overwhelming majority of Britons: 95 per cent, according to one poll-would not dream of wearing fur coats or any other fur garments, some may not question wearing those wonderful red robes with the fur attached. A representative from Parliament has informed PETA that Peers can choose new robes, manufactured by Ede & Ravenscroft, which contain only synthetic fur, therefore making it very easy to make the humane decision to wear a guaranteed cruelty-free faux fur robe. 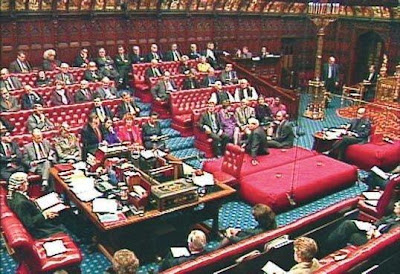 Full details of the debate can be accessed here –